The city of Luxembourg, the fortress from many years ago

The city of Luxembourg and its fortress from many years ago.

We visited the city of Luxembourg and its World Heritage Site in the spring of 2014. Remarkable in the city is that the oldest part of the city is not in the current city. I am referring to the Bock (Rocher du Bock and the Casemates).

This part of Luxembourg which looks like a ramp to enter the city is the oldest part. This Rock - the Rocher du Bock - is a rocky cliff surrounded by the river Alzette on three sides and on the fourth site a bridge was built towards the city.

The rock is hollow and the fortifications date back to the year 963. You will not see any remains of a castle, the fortifications are underground and openings were made on all sites to defend the positions. On the top of the rock you will only find a road leading over the castle bridge and some minor remains of walls.

Many years later these fortifications were extended to one of the most extensive fortresses in Europe. These are very clearly visible at the Fort Thüngen across the valley. The valley with the river was designed to operate like a water front. During a siege a dam could be made in the river so the river level around the rock would rise and rise. In the (Grund) valley you can find a house which indicates water levels far above 2mtrs above normal.

During the time of Vauban the current castle bridge (Pont du Chateau) was build. This two story bridge with a relatively short span is a remarkable one as it has several passages to the other site, which makes it much harder to defend. There is the underground passage, the mid level passage, a spiral staircase and the top crossing (the current road). The fortifications of Luxembourg were among the strongest in Europe and Luxembourg was nicknamed 'the Gibraltar of the North'.  The fortifications were demolished under the terms of the treaty of London in 1867. The demolition took 16 years!

When in Luxembourg take a close look at this oldest part of the town. Not knowing it you will just pass over it by your car. 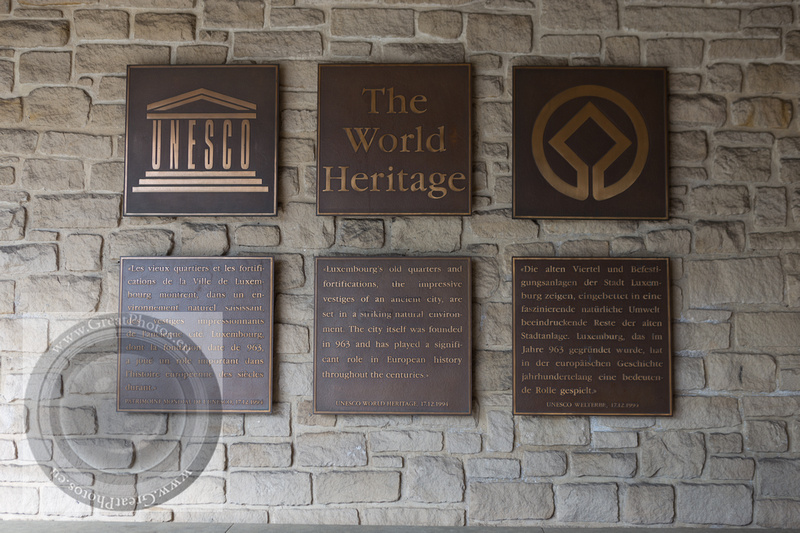