The Monasteries of San Millan Yuso and Suso in the Rioja in Spain.

These two monasteries are a remarkable World Heritage Site in the Rioja Region in Northern Spain.

The oldest one - Suso meaning 'upper' - can be reached by a small road from the village of San Millan de la Colgolla. A minibus is available and included in the ticket price. This monastery dates back from the 6th century and is devided into 3 spaces. The first is an open one with arches and a wonderful view over the valley. You will find some (empty) sarcophagus here of royals. The large space is build directly on the rock behind and has the tomb of the Saint Millan.  This church/monastery is rather basic, but do remind it dates from the 6th century.

The Yuso - meaning 'lower' - is something completely different, it is also known as the Escorial de la Rioja. It is a rich and enormous monastery with the oldest parts from the 11th century. The monastery is best known as the birthplace of the spanish language. In the first room you will find books with some text written to the side in Spanish and in ancient Castillian.  It has a wonderful peaceful cloister and the chapel is one of the finest I have seen.  Do take a special at the paintings of San Millan killing moors.

In the library several painting can be seen with the miracles that San Millan is sad to have performed. A great thing to see is the enormous collections of ancient books. Each weighing about 30kg and made of the finest leather. Finally some of the holiest items can ben seen in ivory and silver boxes.

The staircase down is a wonderful piece of engineering.

The monasteries are a small detour from the Way of St James or El Camino de Santiago (another World Heritage Site). Pilgrims take the detour from Najera to San Millan de la Colgalla and the back to the Way at Santo Domingo de la Calzada.

You need to buy separate tickets for both monasteries at two different places (on top of each other)! When I visited the area I had booked  a room in the hotel in the San Millan Yuso Monastery. Shortly before I arrived I received an email that the hotel was closed. 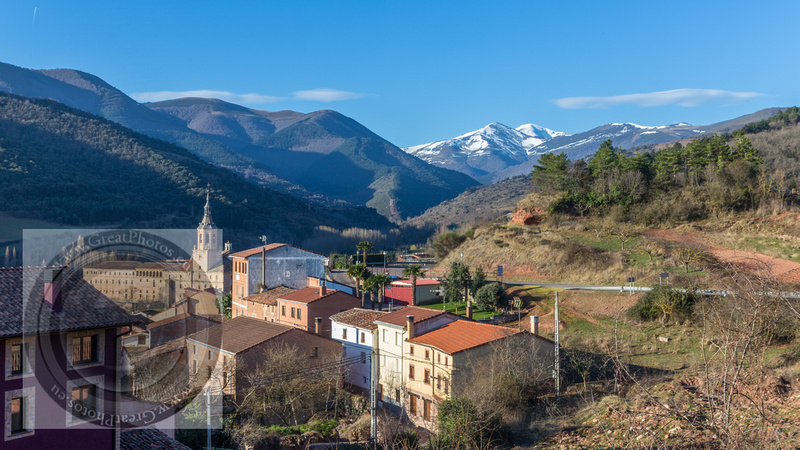