These Modern Housing Estates are scattered over six different places in the outskirts of Berlin. At first sight they don't look very special, they look like ordinary modern houses or flats that could have been build yesterday.  But this is exactly why these sites are so special, the oldest are nearly one century old and much of this is the basis for house building in western Europe. When these subsidized house were build they must have been quit a shock, modern, spacious, improved living conditions, integrated (communal) garden design and available for inhabitants with low income.

To me the two most outstanding of the six sites are the Hufeisensiedlung (horseshoe settlement)and the Weisse Stadt (white town).

The Hufeisensiedlung is a very large residential area in the shape of a horseshoe. Large gardens, large pont everything is integrated. Even from Google earth the site looks great. The size is that big that even with a wide angle lens it was very hard to give an overall view.

The Weisse Stadt - as the name suggest -  is white in color. The lines are straight and it has been build in the Bauhaus style. The most prominent feature is a building that crosses the street (see photos).

Some great and famous architects have been involved in these sites. Walter Cropius, Bruna Taut and Martin Wagner draw some of the houses. It reminded me of some modern estates in Paris by Ricarda Bofill.

This is a world heritage sites that is less obvious to most of the sites. But bear in mind that by building these houses the modern house as we know it has been revolutionized. 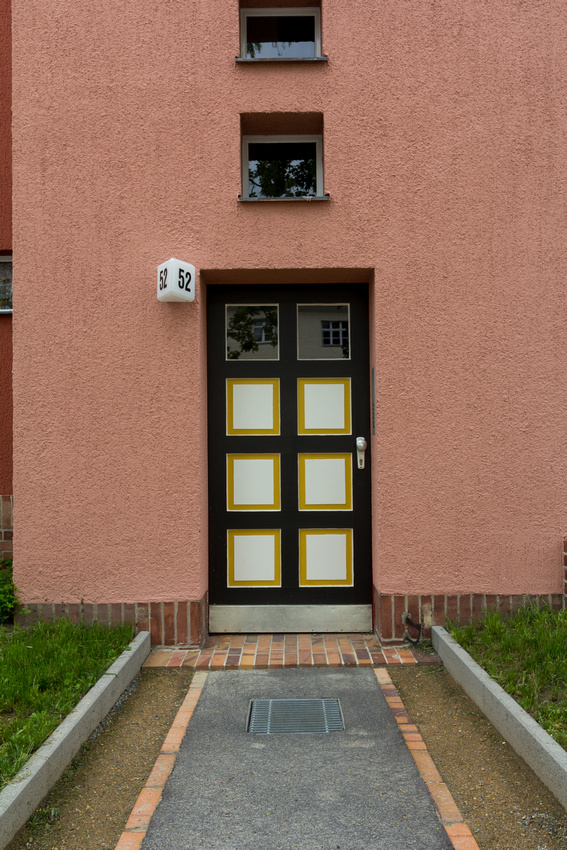