The Ksar of Ait Ben Haddou in Morocco is a small and monumental village.

We went to Ait Ben Haddou in last days of 2013 and stayed for one night in a Riad. Crossing the Atlas Mountains from Marrakech is easy if you just follow the main road.  The road is ok and the views are great. When we arrived in Ait Ben Haddou, checked in and made a first walk around the Ksar (on the other side of the (dry) river) the first visitors with day trips started to leave. At the end of this first walk we had the town for ourselves.  In my opinion this is a great way to experience this ancient mud work village. Go slowly, experience it, have a look inside, without the hustle of mass tourism.

It is a fortified city with several entrances. There is a newly build bridge from the old town to the ancient Ksar. At another entrance (in the mid, locals are asking for an entrance fee). As these houses and fortifications are made of mud they need constant upholding by placing new mud on top of older parts. This makes it a living World Heritage Site and not just an open air museum.

I managed to take some beautiful golden hour shots and really saw the hole of Ait Ben Haddou, from down by the riverbed to up the hill to the grain storage room above.

The next morning I went up very early and went up the hill again were I experienced the wonderful and colorful sunrise of Ait Ben Haddou.

After breakfast we took another stroll through the village and we saw other thing as well. We also went up the hill facing Ait Ben Haddou (East of the town). The panoramic views from this hill are really breathtaking. Don't forget to look down at the soil of this hill, you will find many chrystals embedded in the rocks here.

Ait Ben Haddou has been a prime decor in many many Hollywood movies, you will see it in Lawrence of Arabia, Gladiator, Jewel of the Nile, Game of Thrones and many many others.

When we checked out from the Riad and left we saw the first busses with day trips crowding the Ksar….. On the way back we took another pas over the Atlas, this pass after Aoulouz and Takhochet takes you through the desert and the over a pass with a narrow bumpy road, which I would not advise for unexperienced drivers. The advantages is that you will pass the stunning ruins of the Mosque at Tin Mal (which is on the tentative list of Unesco) in the descent of the pass. 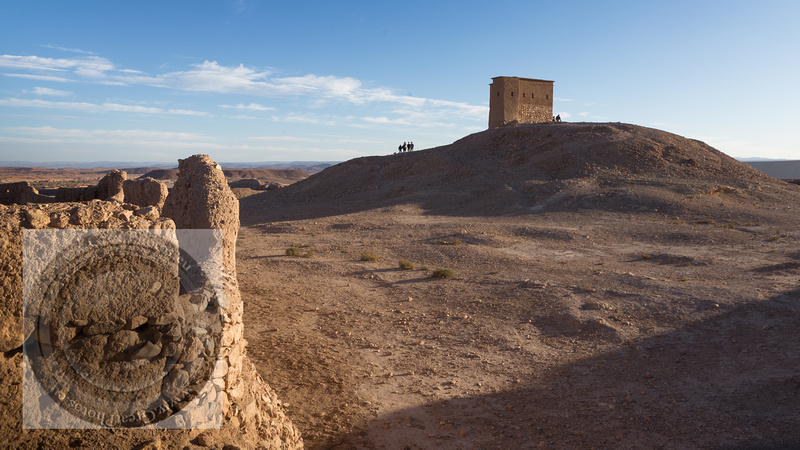