The Acropolis in Athens Greece

The Acropolis in Athens Greece,

We visited Athens in march 2013. It wasn't too hot and we had a hotel opposite the Acropolis. When opening the curtains we could see the Acropolis in its full glory. It must be one of the best known buildings in the world. The Acropolis dates back from the 5th century bc. The hilltop is strategically located and many temples and other buildings were erected here.  The name Acropolis refers to the hilltop, the Parthenon is the well known temple on the Acropolis that inspired so many architects through the ages.

The fortifications around the place were huge. It even had walls from the Acropolis to the seaport of Piraeus, about 5km.

We went up the Acropolis early one morning, luckily we were the only tourists visiting this monument at that time. This gives the photos a unique touch and it made our visit a very special one.  One hour later the place was crowded.

Seeing the Parthenon in so much detail makes you appreciate the qualities of the builders. From a distance the lines seem straight but take a closer look and you will see that the lines of the temple are slightly curved. This must have been a tremendous effort is those days. You can see how the pillars have been made. At first they were stacked on top each other, later they chiseled the curves out of the marble.

It is typical to see how the restoration is taking progress. I really wonder what they are doing with the Acropolis. It seems as if they are rebuilding the temple as the use same marble, but it looks like new when placed in the temple. It is odd to see these new parts along the century old marble columns.

Apart from the Parthenon there are many more very fine examples of Greek architecture on the Acropolis, the best known is probably the Erectheum with its famous porch of the Caryatids.

When in Athens do take a look at the Acropolis from different viewing points in the city. Eg the view from Filopappou Hill is super, climb up the hill and then go forward to the edge of the hill. I have taken some blue hour photos from there. http://bit.ly/15Gvo9c

Also do visit the parts down from the Acropolis such as the Ancient Agora, the Roman Agora (with the tower of the winds), the temple of Hephaestus. The Acropolis museum is a must see. Especially the top floor with the exact measurements of the Parthenon, this really gives an extra dimension to your visit of Athens. 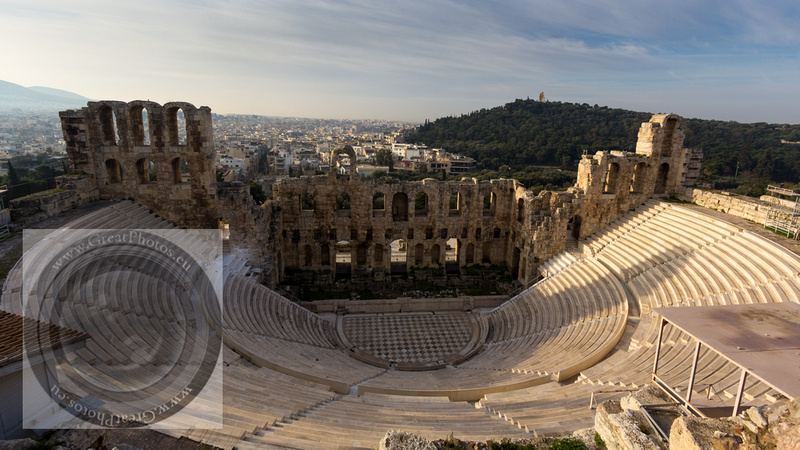