Roland Statue and Knight of Charlemagne

In the German city of Bremen one can find the Roland Statue. A knight in Armour in front of the city hall. The combination of these two make up the World Heritage Site Bremen, City Hall and Roland Statue.

In this short blog I would like to take a closer look at Roland.  Statues of a knight were often found in cities all over Germany. Only a few remain. These statues were a symbol of the freedom of the citizens in the town. The one best known in the huge statue in Bremen. Another one as part of a world heritage site can be found in the city of Quedlinburg (www.greatphotos.eu/quedlinburg). This one is much smaller and was lost for a long time, recovered in the town square and placed against the city hall. Another example of a Roland Statue can be found in Riga, the capital of Latvia.  Latvia has been under German (Teutonic) influence for a long time. The statue in front of the House of the Blackheads is a copy, the original is in St Peter's Church. (www.greatphotos.eu/blackhead)

But who was Roland. Roland was the best knight of Charlemagne (Charles the Great) and he can be found on other World Heritage Sites as well. This has to do with the spanish campaign of Charlemagne.  Roland fought a legendary battle near the small town of  Najera in the Rioja in Spain.  The army of Roland came across the moors and he was challenged to fight to morish leader. A giant named Ferragut. The fought for two days and two nights when the giants falls over Roland. Roland then realizes the weak spot in the belly of Ferragut and staps him with his dagger and Ferragut dies.  The moors leave Najera and this story added to the fame of Roland (www.greatphotos.eu/najera).

Roland sadly died in the battle of Roncevalles. The place were Charlemagne left Spain. Roland was part of the rearguard protecting the back of the army. He was attacked by forces from the local Basks (although the legend said he was overwhelmed by an army of hundred of thousands of saracens). When he and two other were the last men standing he finally blew his horn Oliphant to warn Charlemagne. But help came to late and Roland was killed on the Roncevalles Pass. (www.greatphotos.eu/roncevalles). When he was found dead he still held his unbreakable sword Durendal and his horn Oliphant.

The tale of his death has been retold in the epic eleventh century poem the song of roland.

The horn Oliphant has been kept for many many years in the city of Bordeaux in France in the Basilique Saint Seurin. During the French Revolution the horn disappeared and was never found again. This basilique is part of two world heritage sites. The Routes of Santiago de Compostela in France and of Bordeaux, port of the moon (www.greatphotos.eu/bordeaux) 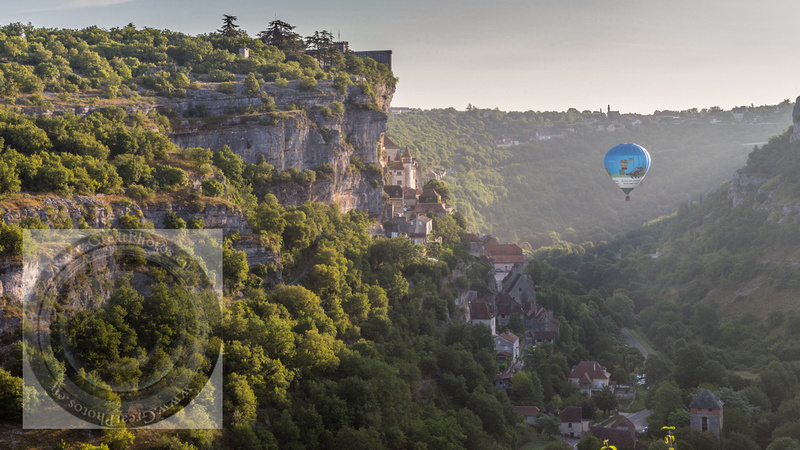 . In France you can find four routes leading to the pyrenees. This basilique was located on the Via Turonensis (the route along Tours). Copper signs in the pavement are a reminder to Roland (www.greatphotos.eu/saintseurin).

His Sword Durendal is said to have survived and is kept in the pelgrimage site of Rocamadour in France. This sanctuary for the blessed Virgin Mary is spectacularly located in a gorge about 160 km north of Toulouse. Rocamadour is also part of the World Heritage Site of The Routes of Santiago de Compostela in France on the Via Podiensis. This is the route that has Le Puy as the starting point. His sword is said to be placed in the rock just besides the chapel. (www.greatphotos.eu/rocamadour)