I visited this Monastery in february 2014. After having spend the early morning in Tarragona (www.greatphotos.eu/tarrago) I took the rental car and went to Poblet which is only a short drive.

Officialy it is called the Royal Abbey of Santa Maria de Poblet. It is called Royal because of the many many kings of Aragon that have been buried here in the church over the past. These tombs are quite peculiar as you can walk under them, they are a kind of bridge were you enter the altar of the church.  All of them are sculptured fine and are works of art. The crucifix in front of the altar is a small and modern bronze one which is remarkable well placed in this Cistercian Monastery. The work of building the monastery started around 1150 and sadly enough Poblet has had damage due to fires and plunderings one several occasions.

Visiting the Monastery is only by guided tour I had the luck that I was on the first tour that day and it was at the start still rather quiet. The cloister one of the most beautiful I have seen in Spain and you can have a stroll in or above the cloister.  Especially the fountain is worth to take a closer look at.

The Monastery is a whole complex of buildings and the outer ring makes it feel like a castle. Large stone walls, entrance towers, space outside the walls, defenses. If you wouldn't know you would expect a large castle here.

The inside is not overwhelmingly rich as you might expect in a Royal place. But this a cistercian location. The cistercians followed up the benedictines. These benedictines had rules to live by, but this order grew richer and richer over the years and it could feel like preaching water but drinking wine.  So the cistercian order was established to live by the simple rules again instead of lavishly live in luxury.

The serenity and simplicity inside is striking and I can really imagine that living here does not distract a monk from his believe and his work as monk. Just have a look at the photos of the eating room were the monks will have there meals in silence.

The complex is surrounded by vineyards and the location of the monastery is well chosen. This is about a day trip from Barcelona and well worth a visit. 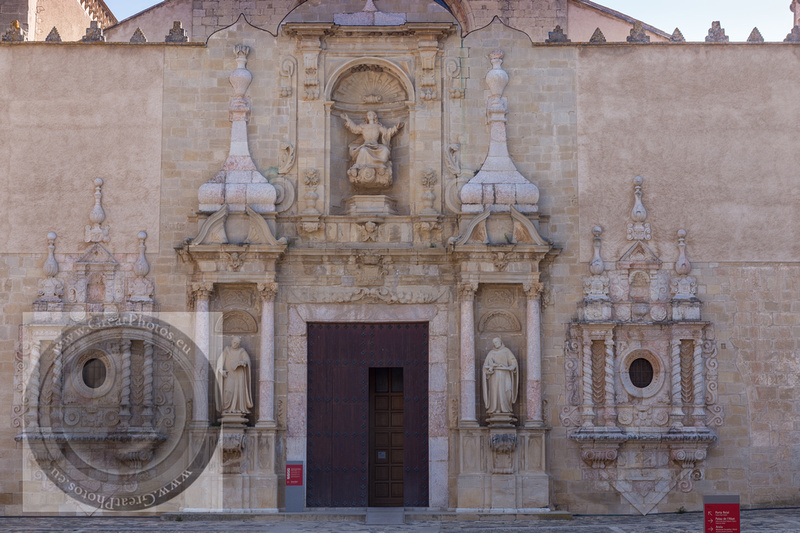