62 photos
Douro is a Portuguese wine region centered on the Douro River in the Trás-os-Montes e Alto Douro region. It is sometimes referred to as the Alto Douro (upper Douro), as it is located some distance upstream from Porto, sheltered by mountain ranges from coastal influence. The region has Portugal's highest wine classification as a Denominação de Origem Controlada (DOC). While the region is associated primarily with Port wine production, the Douro produces just as much table wine (non-fortified wines) as it does fortified wine. The non-fortified wines are typically referred to as "Douro wines".
The style of wines produced in the Douro range from light, Bordeaux style claret to rich Burgundian style wines aged in new oak. 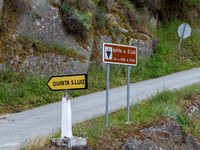